Guilt is the Love of Staying Stuck

Guilt is an interesting emotion, isn’t it? It’s the same as regret, basically, except guilt involves an extra dose of “I suck” that plain old regret doesn’t always have. 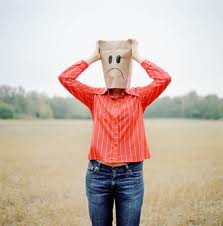 Guilt is choosing to feel badly about something that’s done and over. Arguing with reality because you chose to believe it should have of went down another way.

But Byron Katie says when you argue with reality, you lose. So is there ever an upside to guilt?

I posed this question to a group of really smart people once and one of them argued that guilt protects us from doing the same thing again in the future.

But does it?  I’ve learned many lessons in life and I know you have too. I’ve made huge “mistakes” and decided to never do that again, and it didn’t have to involve guilt.

There was no need to beat myself up over the mistake or choose to stay in the past. You can learn a lesson and change your ways without guilt. Without even feeling badly, if you want to.

I once heard that “Guilt is the love of staying stuck”. I believe that because what is guilt if not being stuck in the past?

Your guilt is not noble. It doesn’t let you off the hook or mean that you have a conscious. It doesn’t ease the pain of the person you may have wronged. And it’s not at all a prerequisite for learning a lesson.

It’s just another way of being mindless. One more way we rob ourselves of the present moment.

You can always choose to learn your lessons with humility instead of with guilt.

Being unhappy in order to get happy

Give yourself some sound advice