What was your most useful failure?

My friend posed this question on Facebook. I love it. What was your most useful failure? 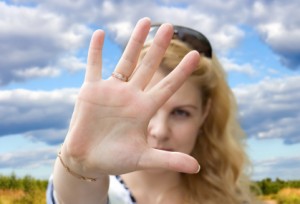 I’m sure I’ve had a lot of life-saving failures. But two come immediately to mind:

1) Abhorring my first career out of graduate school. I was a trial consultant helping corporate defense attorneys craft lies to win their cases over the “little guy”. Okay, so that’s not an objective description of the career, but that’s the story I told about it. Plus, I was on the road constantly, flying to random cities often with a day or less notice. Not a good schedule for someone who’s number one value is personal freedom.

Disliking that career as much as I did flung me far in the other direction. It took that degree of discomfort to realize that nothing mattered to me more than doing work that lined up with who I was as a person.  And no amount of profit sharing or frequent flier miles would ever replace doing what I was passionate about. It took me right back to psychology and coaching out of sheer self-preservation—I needed to help myself out of the misery I was creating with my story about my life as a trial consultant. If I had been able to tolerate the career just a little more I might still be there. I’m thrilled it was such a massive failure.

2) I’ve only asked out one guy in my life…and he said no. That failure was a godsend. Besides the fact that I got to face my fear of rejection and prove to myself that I could survive after hearing ‘no’, I met my husband 3 weeks later. Thank God that poor guy had absolutely no interest in me and wasn’t afraid to say so.

What was your most useful failure?  Here’s a hint: it probably happened soon before you’re biggest success.

That’s kind of the point. Failure –> learning –> growth –> clarifying what you really want –> getting it = Success.

Do you have any failures you don’t think were useful? Anything about which you’re still thinking, “I shouldn’t have had to go through that”?

Here’s the other thing about useful failures: the learning, growth, clarification and  success at the end is usually what allows you consider it useful. Unless you’re uber enlightened, we’re usually blind to the helpful part until we see the success part.

The whole picture? Or mentally myopic?

Ask and you shall receive