Which Department is Running the Business?

I went to a workshop last Sunday put on by Elizabeth Gilbert.  In the workshop, we wrote a series of letters. One of them was from our fear. 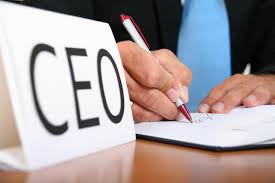 Fear spoke through us; we took dictation. “Dear Amy, I am your fear”…that kind of thing.

Now, we all know that fear is a real drama queen. Most of what fear says is pretty overblown, but it’s not all worthless. Fear actually says some interesting things once and a while if you listen.

I’m not going to go into what my fear told me because while I got something out of it, I’m not sure you would. What I do want to share is a story that E.G. told us about what another woman in another town from another workshop’s fear said to her.

The woman’s fear accused her of misunderstanding its job description.

Her fear said, “You don’t get it…I’m just doing my job. I’m supposed to tell you everything that might go wrong. But you aren’t meant to take it all so seriously. “

Think of it this way, her fear went on. If you were a corporation, you (wise you) would be CEO. And your fear would be just one of many departments; Risk Assessment, maybe. Your fear is like the actuaries in the companies, the sole function of which is to construct the worst case scenarios and deliver them to you via memo—regularly. Sometimes, continually.

Fear is just doing its job. But you and I, as CEO of our own lives, are the ones often caught up in misunderstanding. We haven’t read fear’s job description lately. We’re cowering down to fear, letting it run the business.

We listen to every memo from the fear department as if it’s true and happening now; as if it’s the only department in the company. What about Innovation? Human Resources? R&D? They are constantly sending memos too. And we do listen to those but they don’t seem to have the same pull, do they?

There is a part of the human brain designed to alert us to potential threats. It has kept us alive as a species, and it has probably kept each one of us alive in our lives on more than a couple occasions.

Fear is good. It is valuable and needed and sometimes has some helpful memos for you. You just want to remember that it is but one department in your company. You don’t want to let it run your whole business because unchecked, it will run it to the ground.

PreviousPrevious post:People Wobble, but they don’t Fall Down
NextNext post:Habits are the Solution, Not the Problem