One of the training tools we used in my training to become a master coach was improv comedy. The word “improv” 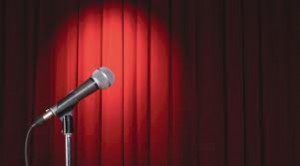 incites sheer panic for a control freak like myself. Standing up in front of these people, whose approval I cared way too much about, trying to be funny on the spot? No preparation, no thinking about it, no research, no planning. Just Being. Natural. Yeah, right.

It turns out that not only is improv comedy an incredible tool for honing your coaching skills, it’s full of useful metaphors for life. Who knew?

There are three rules in improv comedy. The first rule is to Affirm and Add.

That means, when someone says, “Look, a bear!” you Affirm: “Yes!” and Add: “And it’s reading the Old Testament while sitting on the toilet!” No negating: “That’s not a bear, it’s my wife!” Or even, “A bear? Where?” which is just a weaker form of negating. The rule is to affirm like it’s the best idea you’ve ever heard, and then expand on it.

Sound easy? It’s not. I didn’t even think twice about this rule until I got into my scene (in which I was one of 3 amnesiacs at an airport) and found myself naturally wanting to negate everything. What’s so hard about just accepting what someone throws out? What’s with this very natural tendency—I’d even go as far as calling it a default automatic response—to fight against what we’re given?

How you do anything is how you do everything.

Doesn’t matter what your specific flavor of negating is all about. This was a powerful illustration that illuminated our tendencies to negate and fight against and argue and resist, when we know damn well that the Enlightened path is to accept, accept, accept, accept.

When we accept exactly where we are and expand from there, we are light years ahead of where we are when we resist and try to change. Think Yes AND, not No BUT.

You lost your job. Yes, AND I’m going to find a new one. How much is that than No! But I will starve to death and end up homeless if I don’t have that job.

You’re recognizing painful patterns that have held you back in life. Yes, AND that is wonderful because now I’m aware. Better than, No! But if I didn’t have these damn patterns I’d be happy and successful by now.

Affirm and Add. Accept and Expand from there. Resistance is futile and always takes you back a step. Real change comes from the place of acceptance.

By the way, the second and third rules of improv comedy are Have a plan and Change your plan.

Three excellent rules for life: Affirm and add, have a plan, be willing to change your plan.