Technologically speaking, it’s been a hell of month. I wouldn’t believe it if I wasn’t (barely) living through it. 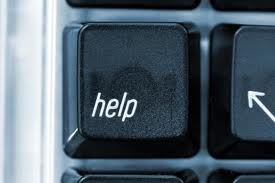 It all started August 9th when hubby, Willow and I were driving from Detroit to Montreal. We purposely chose to do the 10 hour drive during a work day so that I could work most of the day from the car, as I’ve done many times before.

As soon as we were in the land of our neighbors to the north (which requires driving south of Detroit, but anyway…), the landscape turns markedly less marked, W is napping in the backseat and it’s time to dig in. I plug in my mobile broadband stick and…nothing. Well, nothing but a nice, bright red light ‘danger’ light.

After an unnecessarily long support call, I’m told I have no mobile broadband service in Canada.

(Although you’re probably thinking this is my fault for not checking before we left—not technology’s fault—I don’t care. This is a story about technology. I blamed it then so I have to tell the story that way now).

I do as much as I can offline until we finally find a Wi-Fi spot where I can connect and send some off some materials.

Except when I boot up and anxiously prepare to transmit a few hours worth of work (quickly, before Willow completely dumps the chocolate milk I’m bribing her with) I notice things are moving slowly. Very slowly. I get a blue screen that says something about a critical error. My computer shuts itself down, that’s how pissed it is.

Okay, fine. I’m not supposed to work on this drive. I painstakingly send what I can via blackberry and decide to scrap the rest until we reach our Wi-Fi ready destination late that night. Napping and hand puppets with W and banter with the hubby sound more fun anyway.

We finally reach our destination, tired and starving, around 10pm. After eating and putting Willow to bed, I sit down to start my work day. Except the Wi-Fi in the house we’re borrowing doesn’t work. Hubby and I spend 3 hours unplugging and replugging a router that’s not ours to begin with, calling every tech support number ever published, and doing whatever we can to get it to work lest we turn around and drive back to Michigan.

It eventually works—intermittently. For the next 6 days, it works when it wants to and promptly kicks me offline when it’s had enough. This is around the time I start doing exactly what I know NOT to do: paying attention to the problem, focusing on it, marveling in my bad luck. Giving it lots and lots of devoted attention and adding some frustration and negative emotion into the mix. Before I know it, we’re on “the trip with the technology problems”. Not exactly the reality I want to create but I feel lost in my story.

And little did I know, that trip was just the beginning. My story was so pervasive and convincingly told and emotion-laden that it followed me home and hung out for the next month. The list gets long, so here’s where we switch to bullets:

Because I couldn’t bring myself to take full responsibility for my technology story and the reality it was obviously creating, I did some research. Apparently, Mercury has been in retrograde since early August. They say it’ll be back on track by September 9th. I’m writing this on September 8th, so I can only pray this is true.

But I’m not convinced, and I know I need to be believe it before I see it.

And I know it would behoove me big time to not work on changing my story, anyway. So here’s how I’ve set out to change my story:

That’s how I’m trying to change my story. And this is how you can change any story you’re telling.

If that thing that’s driving you nuts only gets worse with time, that’s because you’re powering it with your focus, attention and emotion.

Ironically, the more justified you feel in the story you’re telling the more of it you’re going to see your story play out around you.  I thought my reality was pretty horrid and my story totally justified. And that’s the problem. The more I said “I’m just describing reality”, the more credence I gave to “reality”.  As if it was something out there I couldn’t control. As if I was an innocent bystander, victim of circumstances.

As hard as it is, tell a different story.

I’m happy to report that it’s been 46 full hours since I’ve had any tech problems. The effects of my new story might be starting to take physical form. Or maybe it really is the end of mercury retrograde. Either way, my new story feels better and ensures a much more tech-friendly future so I’m not as tempted to go back to bartending.

What Aaron Rodgers was thinking