On Posted on November 10, 2011August 7, 2020 by Michael Cuenco to Happiness and other emotion, Inside-out

If nothing ever changed, could you be as happy as you want to be?

The power was out on much of the East Coast last weekend. 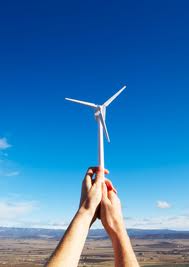 Some people were really affected by the outage. You’ve seen these people—the ones who end up interviewed by the local news or The Weather Channel. Their lives are put on hold until power is restored. They have no say in when their power comes back because they rely entirely on external power sources.

At the other extreme are people who weren’t affected by the outage at all, usually because they have their own generator. They don’t pull their power from external sources so when the external sources break down, who cares?

Which are you more like? By the way, we’re not talking about electricity anymore. We’re talking about personal power. Do you pull yours from external sources, or generate your own?

There comes a time in almost everyone’s life when you realize you don’t need anything to be happy. You know that if nothing ever changed—if this was it—you could be just as happy as you want to be.

Maybe that realization comes as a series of fleeting moments. Or maybe it’s a single moment that sticks and changes everything. For many people, it comes when they’re defeated by the outside world (their externally supplied power goes out) and they give up the expectation for things to be different. They surrender to What Is.

Those moments show you there’s something operating under the surface. Something inside of you that generates peace. It turns the old, external power model on its head.

The old model goes like this: if you want to feel better than you feel right now you should think about the external changes that would make you feel better. Then you should run out and make those things happen.

The new, “generator model” says external stuff makes you feel better for a while, but it’s not sustainable. And it’s certainly not reliable. In the new model, you get to feel how you want to feel now. You don’t have to wait for outside conditions to catch up because you have an internal happiness generator.

It’s okay to work by the old model. Achieving goals is fun, getting stuff is fun, bettering your life circumstances will certainly add joy…to an extent.

It’s just that instead of working only by the old model, you can work the new model, too. Working both angles is the sweet spot because you get to chase external goals without needing to achieve them. You get to go for the promotion or lose the weight just for the sake of being promoted and feeling better. Not because your happiness depends on it.

It takes all the pressure off.

The goals are mostly irrelevant to your happiness. They’re like nabbing the prime parking spot at grocery store. Nice, but not necessary. You can still get all the necessities on your list no matter where you park.

And since you’re not dependent on the goals, you’re not attached to them. Perfect.

Then, if for whatever reason the promotion doesn’t come through or the weight doesn’t come off, you don’t have to be so distraught. The only thing that will have happened is that you didn’t get your promotion or you don’t fit into your skinny jeans.

It’s not like you have to be unhappy because of it.

PreviousPrevious post:It’s happening FOR you, not TO you
NextNext post:Worst Case, Best Case, Doing Nothing and Having a Plan