Why things get Worse before they get Better

When you’re embarking on growth or change, there’s a massive force holding you back. 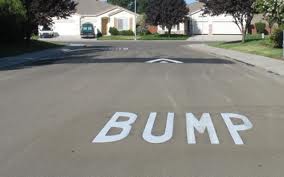 I’m not talking about the ruts in your brain that encourage you to go along with old habits, although those are forces, too. Our brain becomes programmed in certain ways and it takes some momentum to push through those ruts in order to reprogram.

And I’m not talking about the people in your life who are afraid for you to change because of what it means for them. Although they’ll be there too, in spades. Most people don’t like change. For some people in your life your change means their change, so they’re going to speak up and fight back.

Although all those obstacles will come up, there’s a more basic form of resistance.

Sometimes it feels like uncertainty. Suddenly you’re not sure what to do next.

Sometimes it feels like doubt. Wait a minute…am I sure I want to make this change?

Whatever specific form it takes, it’s a whopping feeling of opposition. It feels like a massive boulder has just been dropped in your path.

This is part of the process.

Please re-read that last line. The monster resistance you’re experiencing right before a big change is totally normal. And meaningless.

It’s just what happens. And actually, the bigger your change and the more important it is to you, the stronger the resistance will be.  The mind doesn’t like change. The mind likes efficiency and for things to be familiar and predictable.

And the ego really doesn’t like change. The ego’s life is threatened when you go around improving yourself or evolving or taking chances. Ego would love for you to stay very small and dependent on it for as long as possible.

Take my client Rebecca. Her ego convinced her long ago that she was best off doing what other people wanted for her. She should work in a highly respected career with a great income, even though she hated it. What she really wanted to do was be a life coach, but you know how unsocially desirable that is…

When she finally took the leap from living for “everyone” to living for her—which she only took when the stress of being in a job she hated started making her physically ill—her ego didn’t make it easy on her.

Her ego resisted at every point along the way. She was paralyzed with fear in her coach training course. She was plagued by writers block and anxiety when she tried to write copy for her first website. She clammed up and her mind went blank on her fist few client calls. She was getting a huge dose of resistance; maybe more than most because this change was so important to her.

Most people would have turned back after the first or second road block. They say “It must not be meant to be. If this change were meant to be, it would be easy.”

And I say, “Where in the world did you get that idea?”

Because everything I’ve ever learned says just the opposite. Big change gives you big challenges. The bigger the challenges the more you get to prove yourself.

Feel the resistance and make your change anyway. That’s only the illusion of safety there on that ledge. It’s not actual safety. Safety is in following your right path.

How to skip to the fun part of Enlightenment