The Problem with Working on Yourself 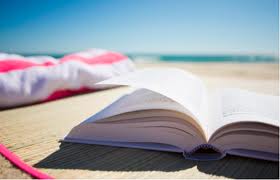 Working on something implies that it’s broken. It’s not whole or perfect or else it wouldn’t be worked on. And obviously, that’s not true of you.

It might be true of my grandma’s quilt or my friend’s scrapbook (although we could argue with that too), but it’s certainly not true of you.

Working toward something doesn’t imply that the thing is flawed until it gets some work. If you’re working toward a more loving relationship or toward more self –acceptance, you’re just saying that you’re making things even better. You’re looking out, toward what you’re going to get, not fixing something that’s broken.

And although this may seem like a silly semantic argument, the real reason I’m mentioning it is because it gives me an “in” to remind you once again….

…there is nothing wrong with you.

I don’t care if you’re curled in the fetal position and can’t get out of bed.

You’re still perfect now…and you might work toward getting out of bed.

You might work toward recognizing your perfection more than you currently do. But recognize it or not, it’s still there.

PreviousPrevious post:If you’re a newbie, you have no business judging.
NextNext post:Just because you can doesn’t mean you should