We Can’t Possibly be Feeling the Effects of Life… Can we?

I spent a couple days last week with a nice man who is looking for a better way to feel better. 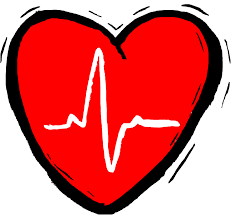 Alcohol, a plethora of pharmaceuticals, and some behavioral habits that jeopardize his health and relationships aren’t working anymore. He is ready for a better way.

He was brand new to the understanding of health and resilience that I share, but from the very little he had heard, he knew there was something to it.

When I asked him what he had heard that made him curious enough to reschedule his busy life and spend two days in Michigan with me, he kept telling me that there was this one line, early on in The Inside-Out Revolution, that stopped him in his tracks.

Now I was curious. Because there was one line early on in The Inside-Out Revolution that stopped me in my tracks when I read it back in 2013. The essence of that one line is the only thing I remember from that book today, almost 5 years later.

“I then asked her what she made of the fact that her experience was fluctuating much more quickly than her circumstances were changing.”

That’s it. Brand new to the fact that life unfolds from within us…from fluctuating Thought (which is one and the same as fluctuating feeling), rather than from what’s happening in the world around us…this one little line opened a door in both of our minds that we previously didn’t know existed.

Shortly after reading that line, I began seeing evidence of this inside-out truth everywhere.

Something happens in the world –> I feel emotion and pin it on the thing that happened –> I insightfully notice that my feelings are changing far more rapidly than the event (which, in many cases, is now done and over).

I saw that I could experience some sort of disappointment and I’d feel badly. But only when I was in some way mentally recreating the disappointment. (It wasn’t for many more months that I glimpsed the fact that “the disappointment” was made of Thought too).

I could also experience some disappointment and at some point thereafter feel neutrality, bliss, indignation, boredom, joy….

After a couple days of exploring the implications of this with the nice man who wanted a better way to feel better, I read this post written by my good friend Phil Hughes. Phil posted this in a Facebook group dedicated to exploring this Inside-Out view of life.

Very recently a dear friend sent me a note to tell me that she had been in a car accident with her husband in Houston the day before Thanksgiving.

He did not survive.

As I read her message, I began to shake with despair. For the next while I could not grasp a thought as I was consumed with feeling for my friend and her loss.

The next day I was much calmer and less embattled by these thoughts.

But as I worked, I began to dwell on how my beautiful friend had been deprived of the love of her life at the age of 30, of how they only been married just over a year, of how unfair it all was.

In no time at all, I had gone from feeling relatively calm to feeling as though I had a lead balloon in my stomach.

Then I had a presentation to do, and as I shared my head cleared and the balloon disappeared.

Reflecting back on this experience, I was shocked at how my feeling state had fluctuated.

When the accident actually happened, I was blissfully unaware and very happy.

When I found out about it, I reacted as though the accident had happened in that moment.

Then, while my feeling state fluctuated wildly over the next few days, the outward circumstances had still not changed – the accident and its fatal consequences were a fact, and nothing would change that, as much as I wish that something could.

While often we believe otherwise, we can only ever experience Thought in this moment.

And in that fact there is great hope, one which is eternal and applies to us all – no matter what the circumstances, our thoughts and our feelings can and will change, and as they do, so does our perspective of the world.

Our well-being is like the sun – even though it may be obscured by the darkest of clouds, which can seem to stretch to the horizon and beyond, it is forever there nourishing us with its light and warmth – even when we can’t sense it.

You can feel the lead balloon within yourself as you follow Phil’s thinking, can’t you?

You can feel the waxing and waning of suffering, simply by listening to the story of a couple people you don’t know.

It is true that we feel nothing but Thought in this moment, as Phil says. Thought is energy moving through us, independent of the world out there.

Deeply seeing this is the better way to feel better.

PreviousPrevious post:Resilience isn’t a Personality Trait. It’s a Human Given.
NextNext post:Kids Don’t find Christmas Stressful (What are you really coping with?)