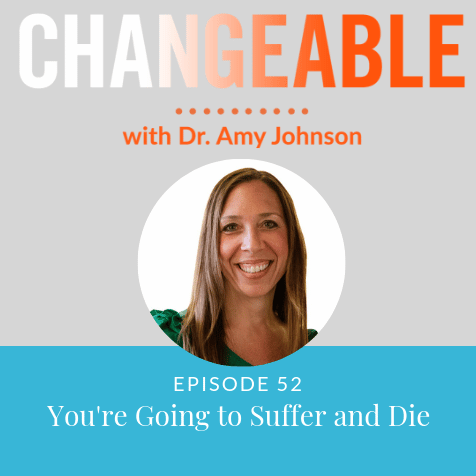 Are you ready for some light, summer listening? You’re in the right place! Because this episode is all about the fact that you’re going to suffer in life. And you’re going to die.

It’s also a given that you’ll not suffer in life. You’ll feel lots of stuff…some you like and some you don’t like.

See, I’m not as negative as it may seem.

Actually though, as you listen in, you’ll see what great news it is to see that some suffering and eventual death are givens. That means they are non-negotiable and can’t be avoided. Which means that all the stuff you’re doing to try to avoid them is unnecessary and you can stop doing it.

Once you’ve had a chance to listen, reach out and let me know what you want to devote your next 50 or so years to!

Tagspodcast
PreviousPrevious post:EP51: What’s There When You Stop Moving with Lisa Esile
NextNext post:EP53: Patricia’s Change Story: Panic and Worrying about What Others Think