Signs from the Universe

If you’ve coached with me, you’ve probably heard me talk about the metaphor of sticks and birds.

In the practice of creating anything, its common to go through a period where you have a lot of near misses. You 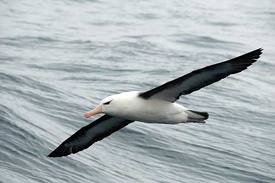 intend for more money and find out you’re getting an unexpected check for $1000, only to have your car break down and require a $1001 repair. Or you intend for more clients and 3 new ones call to sign up, only to cancel or change their mind before the first session.

Like many people, I used to prefer nothing to a near miss. Why get my hopes up for something that ultimately doesn’t pan out? The fall from that excited place is much harder than the fall from a place of being already disappointed. I used to take near misses as a sign that I was way off track. “Silly girl”, the Universe was laughing behind my back, “who are you to get what you want?”

Until I heard about sticks and birds. Then I realized that I had it all backwards.

One of my coaches taught me to view near misses as signs from the Universe that you’re on the right track, not the wrong one. Ms. U is not laughing at you at all; she’s showing you that maybe your intention was a little off, or maybe you’re not quite ready for what you think you want, but you’re close. You’re on your way.

Just because you can’t see it yet doesn’t mean it’s not right there.

The metaphor comes from back in the day when explorers were out at sea for long periods of time, not knowing when they might find land. Sticks and birds were visible signs that land was near—they would see sticks floating in the water and birds flying around a few days before they could see the actual land. Although what they wanted hadn’t shown up in physical reality yet, it was close. It was on its way.

About a year and a half ago I was going through a medicated fertility cycle. The kind where you give yourself shots at home every night and then go to the doctor daily to have an ultrasound and blood draw. Boatloads of fun, let me tell you.

Things looked great this time around. The follicles were there. The hormone levels in my blood looked good. This was not my first time through this, but it would be my last for a while if it didn’t result in pregnancy because the doctors said my body needed a break from the drugs and the stress. The next step was much more invasive than nightly shots and daily blood draws.

I had done my “work”. I had visualized the medication working, had all the alternative therapies, scripted, imagined, pre-celebrated. All signs were good. Until I was pulling out of the driveway on the night before Thanksgiving. Headed to see my in-laws and the 11 kids in their very fertile family. When the doctor called and said something was wrong, it wasn’t working after all.

I’d like to say that I reminded myself of sticks and birds and had a wonderful weekend, but I think you can tell from my sarcasm that that’s not how it went down. That night, I hated the Universe with all her damn sticks and birds and teenagers who get pregnant accidentally. But I eventually woke up the next day and chose to see it the sticks and birds way. Because what choice did I have, really? That way felt better and I convinced myself that I still deserved to feel good, wonky ovaries and all.

I have a client who has hated his job for a year. He hired me to help him find a new direction. We’ve worked together to uncover what his real passions are, what he really wants to do instead of what’s practical or safe. He’s sent out many resumes, networked like crazy, and had about a dozen interviews in our time together. Then he found The One.

It was going great. He was still interviewing, but they were courting him. We both would have bet large sums of money that he had it nailed. We celebrated together. Just waiting on the official offer. Then they changed their mind about the position.

Near misses suck. But he met himself where he was instead of judging his pain. He set aside 6 hours to feel sorry for himself.  I asked him to contain his self-pity and fully feel it during that time and he did it like a champ. Six hours.

Then he took a sick day from his dreaded job and did a bunch of things that he truly loves to do but never allows himself. Little things, like walking around the gourmet grocery story in the middle of the day and rollerblading along the lake.

Then he woke up the next day and chose to see it the sticks and birds way. It felt better and even though he hates his career, he still deserves to feel good. I was a very proud coach that day.

To give you the ending to my sticks and birds story…I eventually followed my doctor’s orders and gave my body a much-needed break. After a couple weeks of detox and relaxation, I was able to release the desire to control it all. I fully embraced the sticks and birds idea and got myself to a place of faith, where I absolutely knew I’d have what I wanted when the Universe was ready to deliver it. I got pregnant that month—no drugs, no interventions, no controlling it. Maybe my near miss really was a sign that I was on the right track.

Tagsclose callcreatemanifestnear misssignsUniverse
PreviousPrevious post:What to do with your patterns
NextNext post:How to Speak your Mind and still be Enlightened