How to Speak your Mind and still be Enlightened

A question came up the other day. It’s one I hear from clients pretty often, too. “How do I speak up for myself and still be Enlightened?” 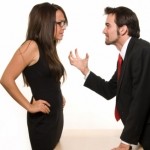 First, let’s define Enlightened. Enlightened is when you’ve been working on your stuff for a while and you realize that you are the only one responsible for your happiness.

It’s embracing your power; when you’ve finally dropped the victim stuff. You don’t rely on anyone else or any specific circumstances for anything.

It plays out in many ways, but one way is that you come to interactions without a plan to change the other person. (That’s big, you might want to read that again).

It means you have no agenda, except maybe saying what you want to say. How they react, what they think of it, what they do as a result…none of your business. Because, you are responsible for your happiness and they aren’t (see above).

When people first start to dabble in Enlightenment, they invariably run into confusion about how and when to assert and speak up for themselves while remaining Enlightened. For example, let’s say your brother-in-law is a really negative person who triggers the hell out of you. He believes in lack and that plays out in fear. He tells you that you should be happy to have any job in “this economy”; you might as well suck it up.

You know better. His experience is consistent with his beliefs (duh), but you don’t buy his scary story. BUT…you’re human and you have a little fear too, so hearing him rant about how scary the world is triggers you.

You’re supposed to spend an entire weekend with him.

If you bite your tongue, you feel inauthentic. It reminds you of being a little girl and being told that your opinions don’t matter. But if you tell him he’s crazy, that starts a debate and that’s always a losing battle.

A: If you can’t just walk away, speak your truth but do it with no agenda.

Say what you want to say—whether that’s your brief opinion or a simple statement that “I disagree so I’d rather not discuss this topic with you”—and expect nothing in return.

People tend to focus on the “what I say” part and ignore the “expect nothing in return” part. My clients say, “Wait a minute…so what should I say? How should I say it? Should I be assertive or nice or bold, smile or be serious?” Really, that part is so much less important than the other part.

Expect nothing in return.

He is just as good as you. His opinions are equally valid.

In fact, you wouldn’t want to change his mind if you could. He’s perfect as he is. His viewpoints are perfect. They’re awesome. You love them.

The bottom line: you accept reality. And you got to express your personal reality so there’s no inauthenticity. Perfect.