To whom do you compare yourself? 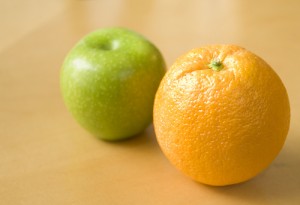 Your neighbor? Your siblings? Who you were 10 years ago? The vision of who you thought you’d be today that you formulated 10 years ago?

How would your life be different?

How strange that Pete feels badly about himself when he looks at Terry. Pete believes he should be more like Terry. He doesn’t know the depth of insecurity Terry feels when he compares himself to Paul.

Imagine that you made up a completely arbitrary rule years ago. Maybe something like, “I should have retirement savings by the time I’m 60”, or “I should be married with kids” or “I should like spending time with my family”.

There was no real basis in reality for this rule. You just made it up ad spent a long time making it feel true.

Then you checked your life against that rule and decided that you weren’t good enough if there was a mismatch.

Imagine that you wake up tomorrow and think that holding yourself to arbitrary rules that you created just doesn’t serve you in any positive way.

Imagine that you wake up tomorrow believing that to compare yourself to anyone else is completely illogical…you suddenly believe that it isn’t an apples to apples comparison so it makes no sense at all to even go there.

Tagscomparisonpeaceself-judgment
PreviousPrevious post:How to Speak Your Mind and Still be Enlightened
NextNext post:Whose Underwear are you Wearing?