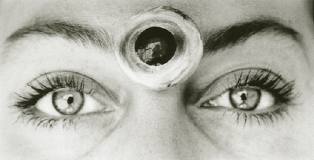 You feel an inner nudge. There’s a voice. But can you trust it? How do you know?

Is it really the deep voice of intuition, or just the mind? The guidance of Truth…or ego?

I’m often unsure, just like you. But I’ve been working on it for quite a while now, so I’m able to distinguish real guidance from false mind chatter better and better these days.

Here are some of the rules I use to know the difference:

1. The real still small voice within you doesn’t think you suck.

This is the numbero uno best guideline ever, courtesy of one of my favorite coaches, Michael Neill.

If the voice is saying, “You’ll never make it as a ballerina because you don’t have the discipline and you’re not talented enough”, you can be pretty sure that’s not your true, inner guidance.

If it’s saying, “The obstacles are too great, it’s too hard, there’s too much competition”, that doesn’t sound like it, either.

And those are somewhat extreme examples, but really…if the voice is bashing you or putting you down or seemingly blowing things up just to scare you in any way, it’s not real. That’s not the voice you want to be listening for.

If becoming a ballerina is not in your highest good the inner voice of inspiration might guide you toward other opportunities. Or you might lose interest in ballet. But it won’t shame you away from it.

As we know from A Course in Miracles, there is only love or fear. Of those, only one is real and it ain’t fear.  So if the voice sounds like love, listen up. If not, you can thank it and move along.

2. Truth has an undercurrent of peace.

Truth has a quality of peace to it, even when the Truth sucks.

If the nagging voice is saying your stomach problems are more than simply too much Mexican food, and the doctors and test results confirm that, there’s a sense of peace. It sucks that you’re sick, but you know the Truth.

If you suspect a friend is lying to you and she really is, there’s a sense of peace when you know the Truth. Even when it’s not the reality you want—it hurts more to avoid and deny than to know.

When the voice is not Truth, that peace doesn’t exist. When your mind is saying you failed at marriage and you failed at business and you practically failed at life, there’s no peace because it’s all a big lie.

I heard this visual guide somewhere. It helps:

If you’re standing on a high dive board about to plunge into the water below, you’re probably going to feel some fear and apprehension.

Imagine you’re diving into crystal clear, clean, safe water below. That’s what it feels like when you’re doing the thing that’s right for you but you’re still scared. That’s how Truth feels.

If you look down and realize you’re about to plunge into sludge, that’s how it feels when it’s not the right thing for you. That feeling is not Truth.

3. Fear has urgency. Truth is patient.

When your thoughts feel rushed and urgent, that’s a good sign they’re the ego talking. When they’re calm and patient, that’s probably the peace of Truth shining through.

When I think about writing my new book, I feel a little nervous excitement. I usually (though not always) feel motivated to take some action. It feels like inspired action, not forced action.

When I think about finding a publisher, writing a proposal, or marketing the book, I feel the kind of urgency that grips my stomach says it should have been done yesterday. No waiting until morning, no inspiration, it needs to be done, like, NOW.

That’s not real. That’s ego mind stuff. Ego desires typically look like avoiding some fearful outcome. In this case, ego desires are an attempt to avoid the horrible fate of writing my book for nothing, no one ever reading it, wasting my time, disappointing myself.

Truth is patient because it’s not avoiding, it’s approaching. It’s our true self approaching what’s right, not running from false pain. And it’s a sure bet because it’s the right path, so there’s no need for it to be done tonight. It’ll happen because it’s meant to happen. There’s no rush.

Signs from the Universe

Ask and you shall Receive