A Cure for Envy

I’m experimenting with a new theory. It’s a way to transform envy. Because feeling envy is not fun and I know there’s a more Enlightened way. 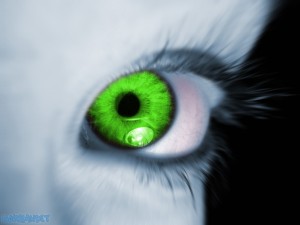 You know how you react when your envy is triggered? I’ll share one of my cases:

I’m kind of jealous of this awesome woman I know. I feel it when she updates her facebook status with the things she’s doing that I want to be doing.

I immediately compare my plans to hers. That’s mistake number one.

Then, I start looking for her flaws in a desperate attempt to feel better. What’s so special about her? Except judging other people NEVER feels good, even when you come out on top. (Because we’re all connected and judging them = judging you. But that’s another story…)

Because I’m feeling bad from judging her, it’s easy to fall into judging myself. What’s so wrong with me? Don’t I deserve what she has? Maybe if I had worked a little harder, been a little nicer, was smarter or prettier…

Comparison. Self-judgment. Other-judgment. Life isn’t fair. None of this is cool, so what to do?

As a general rule, the fastest and most extreme way to change how you feel is to flip it on its head.

When you flip judging them and questioning their deservingness on its head, what do you get?

Celebrate them. Believe in their deservingness.

Yeah, it’s not natural. It’s going to take some effort and it’ll probably feel fake at first. But I think that if you stick with it, it could really transform things.

I first tried this when I couldn’t get pregnant. I used to work on the same block as the busiest labor and delivery hospital in Chicago, so every day at lunch I’d walk past 5 or 20 or 50 or so pregnant women going in for their appointments. Or waddling in to have their babies. Or their friends and family with It’s a Boy! balloons rushing in and out.

For a while, I let those sightings trigger thoughts of what I didn’t have. I allowed those women to set a whole It’s-not-fair-why-her-and-not-me tirade into motion.

Then I came across a trick for getting what you want. It was based on the principle of appreciating what you want wherever you see it, even if it’s not in your life. And the basic truth that we all have every aspect of everyone else in us.

So I decided to start celebrating the pregnant women. I figuring that if everything that’s in them is also in me (a baby, somewhere)—and if you get more of what you appreciate—it just might be a really good thing for me.

And I was desperate for a way to go out for coffee without becoming sad.

I’d look at them and think “You go, girl!” “Good for you!” “Congratulations!” I started smiling at them. I even asked one woman when she was due. That may not sound like a big deal to you but it was huge for me.

It didn’t feel natural at first and it certainly wasn’t my default response. So I stayed as conscious and aware as possible in the beginning so that I was poised to choose my thoughts instead of go with my default.

When the automatic, default envy crept up, I just flipped it around and celebrated them as soon as I could muster it. It’s never too late to change course.

After a while, it became easier. I treated pregnancy like a secret society that I was about to join. I started getting excited to see a pregnant lady because I could give her the big smile and secret nod that said, “Good for you! And, I’m on my way there, too.”

My optimism about my own situation improved. Most of all, I just felt nicer. Not so victim-y. Less like things were unfair, and more like I could do what I wanted with this obstacle.

So that was my early experience with this envy transformation tool. I think it’s time to bring it back.

While my facebook friend is speaking at a Ted conference or biking through wine country and I’m facing a night of dirty diapers and laundry, I’m going to try my best to genuinely celebrate her.

This is where I am right now and that’s where she is right now. Things are always changing.  And seriously, good for her for having such an awesome life. It has nothing to do with me.

If anything, the fact that she can do it proves that I can, too.

The more I celebrate her, the more room I allow for what she has to show up for me.

Ultimately, the happier I am for her, the happier I can be for me. So I’m experimenting with that. And doesn’t it seem like the people who celebrate others usually end up doing pretty well themselves?