Moving forward by walking away

At one point in my life I moved a lot. Without fail, a couple weeks before my moving date I’d meet a great guy who was firmly planted in the city I was moving away from. Or I’d meet some fun new friends, or discover a hidden gem of a restaurant I never knew about while I lived there. 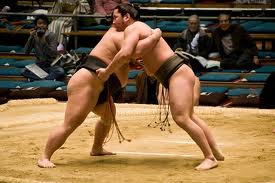 And when there were only a few weeks left at my summer job, the job suddenly got really interesting.  And when I’d finally decide to end things with the boyfriend du jour, he’d do something super nice out of the blue and turn into the guy I always wanted him to be.

Something would always come up in the 11th hour to make me fall back in love with what I was about to walk away from.

Have you experienced this? I’d LOVE to hear your theories about why it happens. I have gazillion theories…

Take the boyfriend. Putting myself back there, I can remember the feeling of relief that came from deciding to dump him. I was no longer on point for scolding or changing him; what would be the point? I could finally let him be himself, knowing our time together was coming to an end.

Clearly, letting him be who he was had everything to do with him becoming kinder toward me. So that’s one theory: When we’re about to walk away we stop trying to change everything. We let things be the way they naturally are, because our involvement is essentially over anyway.

And when we let things be the way they naturally are, magic happens.

We drop the struggle. We accept What Is instead of fighting against it, because what’s the use of fighting?

When we think we might grow old in a particular city or career or with a particular dude, there’s a lot at stake.  We’re IN IT. We like some things and we dislike others but if we’re in it, we want the things we dislike to change, fast.

So we control, grasp, fight, resist What Is, and we get locked in place. Stuck. Picture two people pushing against each other as hard as they can. They don’t move. The forces cancel out and they’re both locked in place, pushing.

But when one drops his arms, the other goes flying forward. The more pressure they were putting out, the further and harder they fall.

When we let go, we finally move. And deciding to walk away from your city or job or man just makes it easier to let go because it’s not personal anymore.

So walking away makes room for what you always wanted but you don’t have to walk away to let go. You can practice letting go, little by little, while you’re still in it.

That’s how you can move forward even when you’re not walking away.

The paradox of self-help

A cure for envy

When fear is good

PreviousPrevious post:Dealing with people. The Enlightened way.
NextNext post:Peeling back the layers