Releasing it? Or Avoiding it? 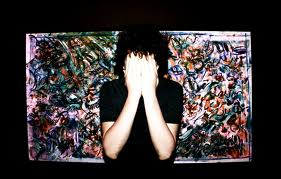 She often runs away and avoids speaking up in the hopes that her problems go away on their own. She doesn’t call it running away though. She calls it turning the other cheek. She tells me she’s being Enlightened.

I correct her. Don’t lie to yourself, Patty. It’s running. It’s far from Enlightened.

She asks: There are times when simply walking away is the Enlightened thing to do, right? Isn’t that called “taking the high road”?  How do I know if I’m ignoring something in an Enlightened way versus ignoring it because I’m hiding?

“Ignoring” something in an Enlightened way is called Letting It Go. Releasing it.

You know it when you do it because it feels good. It literally feels like a release in your body. You feel lighter. Not weighed down with the extra burden.

Ignoring something because you don’t want to face it is not Letting It Go, its Avoidance.

Avoidance feels heavy, not light. You’re still weighed down with the issue because avoidance doesn’t make things go away, it makes them grow.

The issue will follow you around. You’ll get an ulcer or migraines or have nightmares about it. Random things will pop up and remind you of the issue you’re trying to avoid. The problem gets worse, not better.

If you’re unsure if your ignoring is Letting It Go or Avoidance, just wait. It’ll become soon.