On Posted on October 17, 2013September 27, 2022 by mocuenco-admin to Changing your brain, Happiness and other emotion, The Nature of Thought

For the past 6 months, nearly half of my coaching practice has been devoted to coaching women with binge eating disorder. 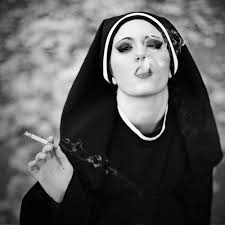 It started when I read an incredible book called Brain Over Binge by my now friend, Kathryn Hansen. Kathryn tells the story of how she cured her own binge eating habit by seeing that it was a completely impersonal brain wiring issue that had nothing to do with stuffing down emotions, avoiding life, or self-sabotage. Her brain had picked up a binge eating habit, that habit had become deeply wired in her brain, and each time she binged, she strengthened the habit.

An urge to binge eat, light up, shoot up, have another drink, facebook stalk your ex, or whatever your particular poison is, is just a thought. An urge is nothing more than a habitual thought.

And thoughts—especially ones that are habit-based and lead you to do things you don’t truly want to do—are not necessarily valid or meaningful. They may feel like they signify some legitimate need or require action, but they do not.

In her book, Kathryn calls urges “neurological junk” because they are thoughts that only continually resurface because the brain is inappropriately wired to produce them. They are neurological byproducts of a bad habit. Not meaningful or indicative of any real need. Brain-based “junk”, essentially.

When you understand a bit (just a bit) about how these habits become established in your brain, and you come to see that the urges you experience that beg you to give in to your habit are just meaningless mental byproduct—neurological junk—it becomes infinitely easier to notice those urges and not give in to them.

The really magical part of the design is that when you experience an urge and you do not obey it, it begins to fade, just as thought fades when you don’t attach to or replay it.

The more you allow urges to surface and then fade without giving into them, the faster your brain begins rewiring. It’s as if your brain says “She’s not listening to us anymore! Let’s pack up and go somewhere we’re appreciated!”

And they do pack up and go, much faster and easier than you might think. I’ve experienced it and it’s pretty incredible. In the past 6 months, I’ve seen a few dozen women experience it too and I’m in awe of it every single time.

In a sense, any thought that feels ‘wrong’ and leads you away from where you want to be, straight into the arms of an addiction or compulsion, is neurological junk. You do not have to obey those thoughts. They will do their best to convince you that they are based on legitimate need, that it’s easier to simply give in, that you’re not strong enough to resist them, that they will never go away…

But they are liars.

They do fade, more quickly than you think. When you see them for what they are—the byproduct of a brain wiring problem—and you are able to dismiss them, they fade and they take their habit with them.

Although the rewiring process and the brain science involved is very simple, this article is still a pretty superficial discussion. If you would like more details you can read this article, check out Brain over Binge, or check out the class I taught on this last year, Fighting the Urge.

And if I can help you extinguish your own habit, please reach out. It’s easier than you think and I would love to help. 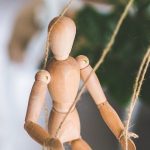 We Are Puppets Deserving and Earning There Can’t Be A Habit (Or Any Problem) Without Resistance You Aren’t Your Thoughts, But You Also Are Your Thoughts You Could Have Everything You Want Someday
PreviousPrevious post:A Love Fest with Life
NextNext post:The Futility of Revisiting the Past