On Posted on February 12, 2015August 1, 2022 by mocuenco-admin to Happiness and other emotion, Inside-out, Relationships, The Nature of Thought, Your True Nature

The Mental Calming Effect of Commitment 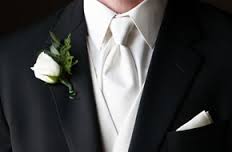 When Dave was dating his girlfriend Debbie, he had a lot of complaints about her.

Dave said Debbie was negative. She never saw possibilities, only problems. She expected too much of him.

Dave said Debbie was hard to live with at times. And yet, something kept Dave hanging on.

In time, Dave asked Debbie to marry him. Debbie definitely wanted to get married and despite his complaints, it felt to Dave like the thing to do.

Their engagement was rocky, at best. Debbie’s “flaws”—as Dave saw them—reached a crescendo in the weeks leading up to their Paris wedding. They had asked their friends and family to fly across the world to witness something Dave was not exactly excited about.

Dave’s mind was in overdrive, constantly focusing on all the things about Debbie he didn’t like—the things he’d be living with forever.

I wondered if he’d go through with the wedding.

He did. We spoke again about 4 weeks after their wedding; two weeks post-honeymoon.

How was Dave feeling about things?

“It’s the strangest thing”, he told me. “Saying ‘I do’ that day, in front of our friends and family, made it real. I was choosing this. I wanted it. I committed to Debbie because I wanted to…I wanted her, faults and all.”

The reality of Dave’s commitment put his mind at ease. Instead of wishing Debbie were different or holding out hope that she’d change, he accepted her as she was. That acceptance took a ton of pressure off Dave’s mind.

Laughing, Dave said “For better or worse, I’m stuck with her now! But that doesn’t feel scary like it once did…it feels very freeing, actually.  This is the person I’ve committed to…why spend my life trying to change her?”

I was secretly hoping this would happen for Dave. I’d seen it before.

Satisfaction comes from relaxing your mind and easing into life around you exactly as it is.

If you see somewhere you’re thinking yourself into dissatisfaction, maybe you can just pick a side, already. Let your gut be your guide, like Dave did, rather than letting your head or your check list have that job.

Make a choice, and let your stand provide some freedom for you. 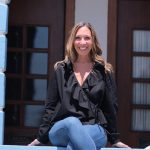 You Will Never Feel Secure 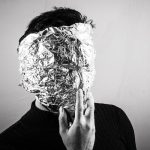 Shift Another Place to Look Birds Don’t Know How and Neither Do You Other People Don’t Have Opinions
PreviousPrevious post:The Brain is Fascinating, but Don’t Stop There
NextNext post:How you are Different From, and also Exactly like, Everyone Else