On Posted on December 10, 2015August 7, 2020 by Michael Cuenco to Happiness and other emotion, Inside-out, The nature of thought, Your true nature

I recently had a pretty “off” few days. 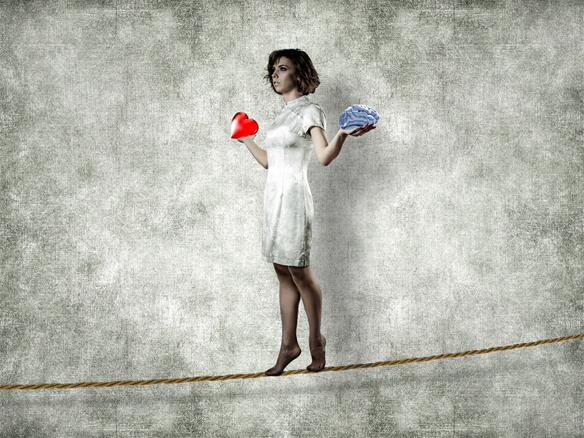 There was a lot going on around me that I was taking on internally; replaying, rehashing, batting around in my mind.

After what felt like a long funk, there was a moment in the car with the kids one morning when it lifted.

The steady stream of thoughts that had been weighing me down cleared, the way clouds break up and clear out of the sky, and I felt like myself again.

(Isn’t it telling that we say we feel “like ourselves” when we feel lighter and freer? We intuitively know that those light feelings are much closer to “us” than any amount of discomfort, no matter how frequent or familiar the bad feelings are.)

The kids were saying something adorable, the sky looked beautiful, and I was in the world more than in my head.

The commentary in the background of my mind quieted down for a bit and it felt like I had finally cleaned my windshield after weeks of seeing through a film of filth.

In that quiet, I heard the most interesting little thought tiptoe through my mind.

It said, “You’re not happy…you’re in a funk, remember?”  And then that little voice proceeded to remind me of all of the things I “needed” to do that day. It started rehashing the chaos happening outside of me that I had been mentally carrying around.

Why would my mind do this? Doesn’t it want me to be happy?

I’m still not exactly sure why minds do what they do. I know that swimming in a pool of heavy thought was certainly more familiar to my mind that morning, and minds do like what’s familiar. They can and do shift, of course, but there’s momentum that seems to favor the status quo, even when status quo feels heavy and horrible.

Or maybe my mind was trying to stay relevant and in-charge. Maybe, when my personal thinking dropped away for a bit, my mind felt left out and wanted back in the game.

I really don’t know why that little thought showed up or from where it came, but I felt extremely grateful to have heard it so clearly.  I realized in that moment that thoughts like that had been around a lot in the past couple of days, but I hadn’t heard them. I’d followed them…they led me back into the clouds time and time again precisely because I hadn’t heard them.

That has to be the case. If your default, resting, home base is a relatively clear mind and the nice feeling that goes along with it, but you spend a couple days in a more-often-than-not funk, it must be that your mind keep chiming in and escorting you back to the funk.

Your thinking clears and settles down on its own (always), but then your mind speaks up again, talking about whatever it’s finding most familiar and relevant in the moment.

Throughout my funk, universal energy was clearing my mind, like my wipers clear the windshield. But then my mind was jumping back in the game with innocent little thoughts like “You’re not happy, remember?”

This happens so often, and we’re so used to implicitly believing our own thinking, that the whole thing happens without our awareness. Most of the time, anyway.

This time though, I heard it and that broke the cycle.

I was on to my little mind wanting to hang out in the clouds, and I—the real I, the one who is able to notice my little mind—didn’t have to go there.

That doesn’t mean I was in charge of my mind. It was still going to do whatever it wanted to do, but feeling connected with the true self that lies beyond those thoughts and noticing my mind the way I did, dramatically opened up the range of what I got to experience.

I had a choice: go back to the clouds, or hang out in the sun for a while. I made the obvious choice while I still had the chance.