Are you Stronger than a Marshmallow? (And what that says about breaking your habit)

Back in the early 1970s there was a psychology experiment done at Stanford. It’s been dubbed “the marshmallow experiment”. 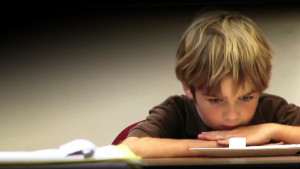 Kids around the age of 4 were brought into a room and sat at a table. In front of them was a single large, fluffy, delicious marshmallow on a plate.

The experimenter told the children that she had to leave the room for a while (she was gone for 15 minutes in most cases). If the kid could wait and not eat the marshmallow until she came back, they would get an additional marshmallow. If they ate it before she returned, they would not get another one.

As you might imagine, this was not easy for your typical 4-year-old. Some ate the marshmallow instantly. Others wiggled in discomfort in their seats, distracting themselves by looking around, pulling on their pigtails, kicking the floor. Many spent 15 minutes smelling, petting, and drooling on the marshmallow, or taking an ever-so-tiny nibble from the very bottom corner where no one would see.

This was a longitudinal study. The researchers found that children who were able to delay gratification and wait for a second marshmallow at age 4 grew up to have higher SAT scores, more formal education, and lower body mass index (BMI).

At this point you’re probably wondering—what do kids and marshmallows have to do with me and my habit?

It’s this. Those kids had to sit with two competing things at once; wanting the marshmallow and choosing to not act on that wanting.

They had thoughts, feelings, urges and cravings moving through them. They felt a strong pull toward the marshmallow, as evidenced by the all the licking and drooling.

Some of them were able to sit with that pull and let it move through them. If you do that when it comes to the “pull” of your habit, your habit will soon be a thing of the past. You can’t consistently not act on thoughts about engaging in your habit and still have a habit.

When you’re no longer doing your thing, whatever your thing is, the habit doesn’t exist. Pulls toward your habit get weaker and more distant and eventually stop coming around. Your brain is changing and while you can have an urge or feel that pull at any time in the future, you’re less likely to as time goes on.

So is it just about sitting it out, pulling your pigtails and doing whatever it takes to make it through?

In some ways, and in some moments, there may be some of that.

But it’s actually far better than that. We’re not talking about willpower. It’s not being strong and learning to sit with a ton of discomfort.

Ending your habit—the way I see people do it every day—is about seeing the discomfort in a new way. Maybe even seeing it in a way that leaves it not feeling so uncomfortable.

That pull is energy—human experience—passing through and coming to life within you. It brings physical and emotional feelings as it moves through. It can feel like a wild ride, no doubt.

But there are a few things most people don’t know about that energy. First, it is moving and temporary. It ends completely on its own. It’s a self-correcting feeling….it comes and it goes, 100% of the time.

We’ve all felt that pull and yet no one has ever been stuck in it permanently. It is not us; it moves through us like weather is not the sky, but moves through the sky.

I didn’t know that in the heyday of my habit. I thought I had to do something to make the discomfort end. The experimenter had to come in and say time was up. I had to give into the pull or do something radical to bring myself back to home base.

Not so. You have no responsibility—no necessary active role—in changing your own feelings.

The other thing I wish I had known is that the pull is completely safe and powerless on its own. In order for that pull or craving to have any impact at all on your behavior, you have to choose to act on it.

I know—it doesn’t always feel like a choice but it is. You are not a victim. That feeling is all bark and no bite. The lower brain producing that pull can only rush energy through your body in the form of an urge. A different, more volitional part of the brain is needed for choices and complex muscle movements like the ones needed to pick up a marshmallow and move it to your mouth (or whatever intricate muscle movements your habit entails).

So there’s nothing truly powerful happening. Those kids had the power all along, they just didn’t know it.

As adults looking in at them, this is clear. We can see that they fell prey to a feeling, a pull, a desire, that they were technically capable of not acting on.

The same is true of you, always. It’s not about willpower, tons of effort, or delayed gratification in your case. It’s about seeing the pull toward your habit in a bigger, more mature and sophisticated way.

Your brain suggests behavior all the time, but you have the ability to see that suggestion and make our own decision. You are not your machinery. You are bigger than the machinery, which means you aren’t a victim. You have choices.

You’ll more naturally make choices you are satisfied with, like waiting out that marshmallow. And the more quickly your habit will become a thing of the past.

If you are interested in more about how you can end habits without willpower and suffering, check out The Little Book of Big Change: The No-Willpower Approach to Breaking Any Habit