EP83: Tom’s Change Story: From Major Recurrent Depression to Moods that Fix Themselves

It’s been so fun to watch things change for Tom.

Shortly before we met last summer, Tom was not feeling great. It was a feeling he had expressed off and on at times in his life. His doctor called it Recurrent Major Depression.

Then, as Tom says, he snapped out of it. He began to turn a corner and feel a lot better. He also began to immerse himself in the New Paradigm understanding and see a lot.

Tom’s “recurrent major depression” looks a lot different to him now. It looks more like moods–even very low ones–fix themselves. You’ll love hearing how Tom explained this to his doctor 🙂

Tom knows that he could feel anything at any time. But he also knows that all feelings fix themselves. I can’t wait for you to hear this from him in this episode. 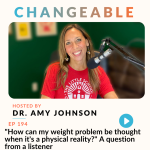 EP194: How Can My Weight Problem be Thought When It’s a Physical Reality? 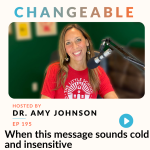 EP195: When this message sounds cold and insensitive EP196: You don’t have to sit with uncomfortable feelings EP198: Life is showing you how to wake up EP206: Money with Giles Croft
Tagspodcast
PreviousPrevious post:Knowing Despite Feeling
NextNext post:EP84: I Know It’s My Thinking, But…