How you do Anything is how you do Everything

I’ve been drawn to this expression for a while, not really understanding it intellectually but totally getting it on some intuitive level. It felt right on, even though I didn’t understand what it meant. 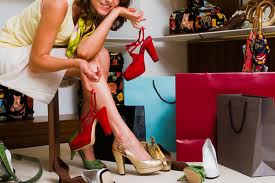 Does it do anything for you?

It’s all about patterns. For example, how do you react when you’re confronted? Do you get instantly defensive? Become a scared little boy or girl? Counter-attack, showing them they messed with the wrong person, or assume they’re right and trying to figure out what you did wrong?

How do you approach learning something difficult? When you make a mistake, do you get frustrated? Laugh at yourself? Blame the teacher? Cry?

Geneen Roth talks about it with food. Our relationship with food is a mirror for our relationship with life. Do you deprive yourself of food (life) and then binge on it when no one is looking? Do you stand in front of the refrigerator forever, unable to make a decision? Or do you grab something without thinking and later wish you would have thought it through more?

For example, one of my patterns is:  I look for the “right” formula and believe that if I don’t do it exactly right, I’m not deserving of the full benefit. If I do all the crunches “right” but skimp a little on the last one, I might as well have not done them at all. I mean, why would I get any benefit since I didn’t do it All The Way? What good are 14 ½ crunches? The instructor did 15, so she wins, I lose.

Hmm…I loved psychology so I got a PhD in it. Why do it half-assed? And I’m training to become a master life coach because regular old life coach wasn’t enough, something was just missing. It’s not hard to see where the way I do crunches is the way I do life.

That’s just one of the many patterns I’ve found. Maybe that example will make it easier for you to identify some of your patterns.

Here are some patterns my clients have uncovered:

The girl who always has to be noticed. She must speak up in every group, has to have the last say in the meeting. She just can’t understand why her boyfriend has become really quiet and withdrawn throughout their relationship. Come to think of it, every boyfriend has done that. She thinks her pattern is that she picks guys who are talkative at first and then become withdrawn.

Or the guy who thinks no one treats him good enough. He thinks this about his wife, his kids, his parents, and the teenager who took his order at Subway. He gets no respect, everywhere. He cut his parents out of his life years ago. Now he’s cutting his kids out of his life, but it’s only because they treat him so poorly.

The lady who really loves shoes. She just loves them, innocent enough. She just has to run out and shoe shop when she has a bad day at work, or when her daughter talks back to her, or when she feels fat. It’s the weirdest thing–in the middle of a fight with her husband the other day, she felt the need to go online and look at shoes. Isn’t that strange?

Patterns. I love them. Love discovering them. Love connecting them to everything else in our life, like a cosmic connect-the-dots game.

More on Patterns…what I learned from the Horses

What to do with your Patterns