On Posted on January 8, 2015August 7, 2020 by Michael Cuenco to Awareness, Changing your brain, Inside-out, The nature of thought

I just found out that my upcoming book (it’ll be published by New Harbinger this time next year) will be called The Little Book of Big Change: The No-Willpower Approach to Breaking any Habit. 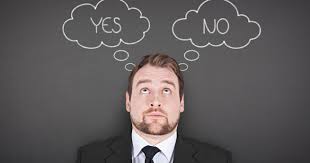 Although I wouldn’t have necessarily thought to describe it as a “no-willpower approach”, it is an accurate description.

It’s not that I’m anti-willpower. Willpower works okay in small doses, for an immediate effect.

Willpower helps me only eat ice cream in bed with my husband at night once or twice a week, rather than the 4 or 5 times a week he suggests. By sheer discipline, I say no even though I want to say yes, then I try to focus on something else until I’m no longer thinking about ice cream.

Willpower helps me get through the last 10 minutes of paperwork at the end of the day, and it gets me out of bed on those days when I’d kill for another half hour of sleep.

Willpower may get you through a moment, but it’s not the best strategy for permanently ending habits or addictions, or for making any lasting change, for that matter. The effects of willpower are immediate, but not necessarily sustainable.

Willpower is all about action (or inaction, when that’s the case). It is the opposite of insight. Insight is deeply seeing something in a new way. Insight connects you with who you are beneath thought, habits, addictions, and unwanted behavior.

When you are looking to permanently end a habit or make a deep, fundamental change, you need a sea change. Or a “see” change, as you see things in a way that leads your behavior to naturally change.

Hijacked by an urge or in the middle of a deeply ingrained behavior is when you are least likely to have the resources you need to fight.

But what if you instead saw those hijacking urges as something that were innocently, meaninglessly programmed into your brain? You saw that they were a regular, fleeting, conditioned response that would come and go regularly, but that you do not have to act on.

Deeply seeing that would take care of your behavior. There would be no need for “I can do this!” cheerleader-type willpower. You’d see a new truth and from that place, a new set of behaviors would be natural and obvious.

It would be like waking up from a bad dream. Within the “reality” of the dream, running out of the burning house looks like the clear thing to do. But when you wake up from the dream and find yourself in a different “reality”, running out of your house isn’t such a bright idea.

So, think about what you’re fighting and when you’re fighting it. Willpower can get you over a hump or through a moment. It can help you decrease your nightly ice cream “habit” and get you out of bed some mornings. But it’s not going to be of much help for the bigger things. It’s simply too much work, requiring too much effort, for too little long-term impact.

For the bigger things, think sea change. A new view of yourself and your habit takes care of behavior change in a relatively effortless, lasting way.

PreviousPrevious post:An Invaluable Understanding
NextNext post:Waiting to See what you Might Do