On Posted on August 6, 2015August 7, 2020 by Michael Cuenco to Awareness, Changing your brain, Happiness and other emotion, Inside-out, Relationships, The nature of thought, Your true nature

The Story of the Magic Oven 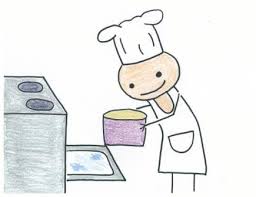 The magic oven has a timer that you can hear from wherever you are. Even the timer is magic because you don’t have to set it—the oven is so wise and so magical that the timer simply sounds off when your delicious creations are complete.

All you have to do is know enough to let the magic oven do its thing.

That’s it. Then you walk away and enjoy your life, with full faith that you’ll know exactly when your indulgences are ready. (You won’t even have to rush home to pull anything out of the oven. The magic oven turns itself off on its own, obviously.)

The other really fantastic thing about the magic oven is that it works out the details of your recipe for you.

Missing an ingredient? No problem! The magic oven will figure it out. Can’t remember if you poured in one teaspoon of salt or two? With the magic oven, you don’t need perfect measurements.

Just toss in what occurs to you in the moment, and the magic oven will make all the additions, substitutions, and corrections needed to yield the best result for you.

What if I told you that the magic oven doesn’t only produce baked goods, it produces everything that’s ever been created. It turns your imperfect ingredients (passing thoughts, hunches, ideas, inspiration) into everything within and around you, without you needing to manage the process at all.

Now what if I also told you there are billions of people with magic ovens, and most of them don’t even come close to leveraging its magic?

Do you know what these people do? It’s amusing, really, considering that we’re talking about an infinitely wise magic oven…

…they worry about how things are going inside the oven. They are constantly opening the oven door, checking on their creation.

They worry that it’s not taking the proper form, that it’s taking too long to bake, or that they won’t enjoy it when it’s done.

They worry that they won’t hear the timer and so they won’t know when their creations are ready.

People curse their magic ovens. They say their magic oven got it wrong (which is actually impossible, but these innocent, misinformed users are quick to blame the oven when they don’t like what they get).

More unbelievable, some people purposely ignore their magic ovens in distrust. They opt to do the recipe following, measuring, and watching themselves. I have to do this myself, they say, if I want it done right. My creation is too important to leave up to wisdom and magic, they say.

So they muscle through it, uncomfortably camped out in front of their ovens, helicopter parenting their creations so that they can step in at any moment.

Sometimes they even call their magic oven names like woo-woo, impractical, unrealistic, irresponsible, and “a nice idea”.

By now, you might be thinking these billions of people (approximately 7.35 billion at the time of this article) are truly nuts.  You may be shaking your head at them, wondering what their problem is.

They are actually really great people. They aren’t nuts at all—they’d love to fully utilize their ovens, but they don’t understand how their magic oven really works.

There is more false information, more confusion, and more misunderstanding about the magic oven than there ever has been about anything, ever. It’s like there was a glitch in the processing department and 7.35 billion magic ovens went out without owner’s manuals.

There are some owner’s manuals floating around though, thankfully. There are groups of people here and there who have been blessed with owner’s manuals and they are doing their best to spread the word.

These owners-manual-sharers aren’t always trusted. The owner’s manual sounds too simplistic; too good to be true. But most of the time, the truth in that manual is so strong that it resonates. Even the most skeptical users can’t always ignore truth like that.

So, it’s catching on. I have a feeling more and more people will be slowly waking up to the miracle that has been with them all along.

In fact, I know people will continue to wake up. It’s already taken care of.

It’s in the oven.

If you’d like more insight into your oven’s owner’s manual, consider joining me in Michigan in October or in Barcelona in April. You will leave these fantastic events with a true understanding of how your magic oven works so that you can go home and use it to its full capacity!

PreviousPrevious post:How to Fall in Love with People
NextNext post:When it’s Time to do Something, You will Know