On Posted on February 25, 2016August 7, 2020 by Michael Cuenco to Awareness, Inside-out, The nature of thought, Your true nature

Look Inside, Not Outside. Really.

We experience our inner world, not our outer world. The nature of the human mind and consciousness is such that it’s not possible to directly experience something other than what our own mind is creating and bringing to life. 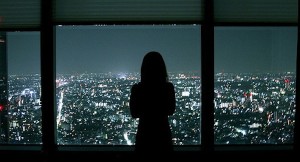 I’m not saying that we put our own subjective spin on what happens out in the world, or that it’s our thoughts about what happens that really matters. That’s not it—it’s more internal than that.

What I am saying is that our experience is created entirely within us. Our mind forms it, pulling in sensory information and details about what’s going on outside of us to craft a convincing, multi-dimensional, outside- or self-focused experience.

Yeah, I know I’ve told you this before. Maybe others have as well, but it bears repeating. It’s tough to see around our complex perceptual tricks, to see something that’s not actually “seeable”. We have to see this by insight; “see” it insightfully through realization and knowing.

Our physical “seeing” eyes only point outward and reinforce the illusion that the outside happenings are responsible for what we feel inside.

Wise Woman #1: “I’ve had a really tough past three days. I’m so afraid that it’s only going to get worse as the week goes on. All I can think about is that I’ve thrown away all of my past progress and that I’m going to end up as bad off as I used to be.”

Wise Woman #2: “I don’t know how to get past all of this family drama. It didn’t feel right for me to make the long trip back home for my cousin’s baby shower. I knew that saying no was the thing to do but now I’m full of guilt, judgment of myself, and fear that my family won’t understand.”

Wise Woman #3: “I was feeling so well…everything you talk about finally clicked and I could really see the big picture. And now it’s gone. The urges have come back and that horrible hopeless feeling has come back. Why is this happening?”

The past three days, the family situation, and the returned urges aren’t creating their suffering. Not even a teeny, tiny little bit.

All three of these wise women were caught up in their own internally generated experience. They were feeling their own minds at work.

Wise Woman #1 was fine but for her imagination creating images of what might happen and her memories retelling a story of what did happen in the past. As she sat down to write that email to me, she was perfectly safe and untouched, but caught up in a fog of painful thinking.

Wise Woman #2 had no family drama—she simply turned down an invitation. Her mind later went into overdrive generating an internal story about what it all meant, and her imagination began taking guesses about what everyone else might think. There was nothing to figure out on the outside that would fix how she felt on the inside.

Wise Woman #3 was experiencing exactly what we all experience—what we’d expect to experience. We humans get a variety of human stuff, thank God. That never ends, no matter how much we see. Her suffering was coming from her fear of her own experience in the moment, believing that it meant something it didn’t.

The only “problem” for all of these wise women was a temporary, self-correcting one. They were caught up in passing thought. Luckily, it’s near impossible be become stuck there. What they were experiencing is part of the always-in-flux stuff of life.

Somewhere in their emails, all of them said some variation of this: “I know I’m making this worse with my thinking, but I don’t know how to stop”.

The pain isn’t coming from something that’s happening outside of you, despite how it may look. The only problem is that you are fearing and judging your experience right now, attaching some meaning to it that it doesn’t actually have.

These aren’t real, external issues that you are making worse by thinking the wrong way. These are problems created by and made exclusively of thought.”

Look Inside, Not Outside. Really.

PreviousPrevious post:Why You Want to Make Choices, not Decisions
NextNext post:Truth is Simple; Thought is Complex