On Posted on March 17, 2016August 7, 2020 by Michael Cuenco to Awareness, Inside-out, The nature of thought, Your true nature

Soften around the Hard Parts

Six years ago when I was preparing to give birth to Willow, I wanted to do things as naturally as possible. 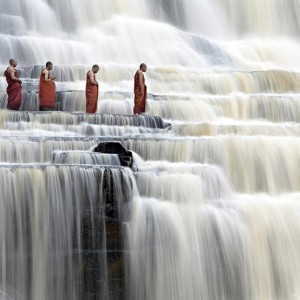 And I was scared. I had heard mostly birthing horror stories from the women in my family, all focused on what could (and sometimes, did) go wrong.  None of them spoke about the miracle of their body knowing what to do to birth, much less create and house, a human being. They competed to be the one who experienced the most pain and the most problems.

Still, my own common sense told me it didn’t have to be that way. I knew that birthing was a natural process that the human body is fully equipped to do…and that like most natural processes, the less we do to interfere and intervene, the better.

Of course things sometimes go awry, even in nature. When they do, intervene away. Thank God we live in a time when so many interventions are available to use in the case of emergency.  But I really wanted to trust nature with this one first. It felt too big and too important to hand over to a doctor with a toolbox full of man-made interventions. I wanted universal wisdom to be in charge of delivering my baby, not a human doctor who may be having a bad day or who might not have gotten much sleep the night before.

As I watched a million YouTube birthing videos and read everything I could in those months, I learned that one of the reasons women experience so much pain during childbirth is because they tense up. Of course—fear does that. We don’t tense up on purpose…our fear shows up in our bodies as tension.

Tension, resistance, and fear in our bodies makes us stiff and rigid. It makes your contracting uterine muscles stiff and rigid in this particular case, but this isn’t only in childbirth. When we restrict and are tense around anything in our lives, movement is less free. Our rigidity has a way of holding things in place and creating obstruction.

When we relax and let go, things revert back to their natural way and work as well as they ever will.  This is true for the human body, the human mind, and pretty much anything in nature. What wants to happen happens easier with nothing in the way.

When we soften around the hard parts, we’re like a rushing river that finds a way to flow around, over and under a boulder that sits in the middle.

This is why understand the truth about how our human experiences—physical and emotional—is so invaluable. The more we see that we are truly safe in what is happening, that our experiences are energy coming to life within us before changing and flowing through us while we are left fundamentally untouched, the less we fear. And the less we fear, the softer we naturally stay.

And the softer we are around the hard parts, the easier and more naturally everything flows.

When I heard someone last week describe how he felt an urge to drink well up in him and he stopped, frozen in panic, and firmly told himself “No! You know this is just an urge that will fade and you do not have to act on it”, I felt the tension in his voice. I felt the stiffening, the hardening around that innocent little fleeting feeling of wanting a drink.

That feeling came to life within him and would have settled back down into nothingness, but his innocent firmness created a bit of a barrier. His mind was in high alert and he experienced his feeling as something powerful and capable of derailing him.

As we looked toward softening and letting his thoughts and feelings wash over him rather than standing up firm and resisting them, I could a sense of peace and relief replace his tension. With that softening, his experience might be different next time.

Later that day, a woman told me about her depressed feelings. She’d been feeling them since she got some bad news the previous week. It had been a looonng week full of sad thoughts and feelings but far more important, hardening around those feelings. This depression was scary, not what she expected, confusing, hurting her relationships, affecting her job and her health already, had no breaks in it…

The fact that she felt depressed feelings was one thing. But the way her entire being stiffened in the fear and resistance of what she was feeling made it a completely different experience, similar to how clenching your muscles during childbirth only slows things down and intensifies the pain.

As we spoke about that hard, stiff layer of fear and judgment she was piling on top of her depressed mood, I could almost feel it thinning and melting away a bit. She was softening. As she softened, her mood became more fluid; it was less held in place by her firm hold on it.

If there’s something that feels harder or scarier or stickier than you suspect it needs to be, soften.

Soften around the hard parts. The softer you are, the more easily life can move through you unencumbered.

It is safe. It is far safer to soften than to block it or try to resist it.

PreviousPrevious post:The Monkey on Your Back
NextNext post:A New Look at Better Relationships