On Posted on February 9, 2017August 7, 2020 by Michael Cuenco to Being Human, Happiness and other emotion, Inside-out, The nature of thought

The Problem of the Day

I had a close friend in graduate school. I’ll call her Karen. 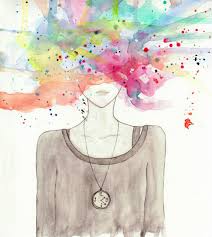 A few years before I met Karen, her mom died after a long illness. Because Karen was the oldest child (Karen’s parents were divorced), she was responsible for making some critical medical decisions on her mother’s behalf.

She never knew exactly what her mother would have wanted. It was a very hard time in Karen’s life as she lost her mother and questioned herself and her choices.

Shortly after her mother’s death, Karen’s mind became very busy. Today we know that she was grieving and adjusting to a life that was very different than the life she knew before. Her mind was simply idling fast, looking for a soft place to rest.

Nothing clinical or pathological—just an emotional, uncertain, busy mind. But we didn’t see it that clearly at the time.

So, Karen’s mind darted around from topic to topic. She had a million pictures and conversations in her head, most of them centered on what would likely go wrong next and what might go wrong in the future.

Karen was increasingly uncomfortable in life as she took those pictures and conversations seriously. To comfort herself—because neither of us knew at the time that her high-idling mind would slow down on its own if she didn’t give it so much attention—she looked for things she could focus on instead. Less significant, more controllable things.

She chose food and weight and was soon diagnosed as anorexic.

Karen struggled. She lost a lot of weight very quickly. Her friends and professors tried to intervene. We all worried about her.

I used to do this thing where I would try to telepathically let her know that I was open to talking about it but that I wasn’t going to lecture her like everyone else did. I’m not very good at delivering telepathic messages. I would awkwardly stumble around the topic with vague phrases like, “So, how’s it going?”, praying that she’d know that what I really meant was please-tell-me-why-you’re-doing-this-and-how-I-can-help-you-stop.

I’ll never forget what Karen said to me one day as I danced around the topic. She said, “It’s such a luxury to have this problem. Obsessing about not eating is much nicer than obsessing about my mom dying.”

I felt a wave of peace wash over me as she said that. What I heard Karen say was “I know this is just my mind obsessing on an arbitrary issue.”

What I heard in Karen’s comment was “I’m going to be okay. I see that this is not me—it’s just my mind—so I’m not as lost as it may seem.”

Karen didn’t explicitly say those things, but that’s what I heard.

I think I heard something else too; something that had nothing to do with Karen. I heard “Minds do this. They move from topic to topic.”

I heard something in the way she said it was a luxury to have her mind spinning on food rather than death. I heard that minds will always find something to talk about.

And they do, don’t they? It’s not like life outside gets to be just perfect enough that your mind never complains again. Minds wonder and worry and project and spin and it is completely independent of life outside.

The details of the story might be ‘ripped from the headlines’ of your current life, but the story is not actually about or due to your daily life. It’s about your mind doing what minds do.

Karen’s mind went from topic to topic to topic, like all minds tend to do. Her mind’s topics at that point in her life were death, doom, gloom, and trying to not eat.  Maybe your mind’s topics are what your coworker thinks of you, your neighbors’ marriage issues, getting your tires rotated this week, and finding the perfect gluten-free cupcake recipe.

Karen would call that a luxury.

In The Untethered Soul, Michael Singer calls this The Problem of the Day. Minds think. Their stories create problems, and then minds think more to try to solve those problems.

The stories themselves aren’t really the point. The freedom is in seeing that your mind creates these “problems of the day” and that those stories aren’t snapshots of reality. The stories are not a reflection of life outside, they simply a mind doing what a mind does.