Start LSBC for FREE!
On Posted on February 9, 2019July 26, 2022 by mocuenco-admin to Awareness, Happiness and other emotion, Inside-out

Misread Signs (It’s The Opposite of What You Think)

I knew someone with a very sensitive stomach. The tiniest bit of worry and she’d instantly feel sick.

She cursed her stomach. Saw it as a weakness, a flaw.

She wanted her stomach fixed. Her mind was full of potential ways I might help her toughen up her wimpy tummy. Could we train it to not react to her emotions? Could we trick it in some way to not flare up?

I told her I couldn’t help her fix her stomach because it wasn’t broken. What if, on the contrary, her stomach was the healthiest, wisest guide she had?

What if her sensitive stomach was her greatest asset?

Her upset stomach showed her one thing, always: That she was using her incredible gift of Thought, her conceptual mind, her sharp intellect, in a way that wasn’t serving her in that very moment.

You see it, right? She was worrying. Not the best use of her imagination.

Or she was swimming in thought-created guilt about what she should have done instead. Or taking her friend’s comment personally. Or believing some made up rule her mind created for her.

Without feedback, then what? We’d go through life unbelievably limited, living as if our fluid, always-changing ideas and concepts are truth. Feeling weighed down and boxed in by barriers that truly don’t exist outside of our imagination.

I thought the anxiety and resentment I felt in my first 20-some years of life was the biggest problem. Turns out, it was only there to show me that there was so much more than the rigid way I saw the world.

I’ll take the anxiety, resentment, eating disorder that helped wake me up to a freer way of being any day, over a life of limitation, guilt, and worry that look real.

You’d take the sensitive tummy too, wouldn’t you? The low mood, lack of energy, heart palpitations, ulcers, hives. They are your greatest assets if you can back up a bit so that you really see them.

They were never meant to be the main focus, the “problem” you commit to “fixing”. They were always just a pointer along the way, pointing out to you what’s available NOW, beyond them. Those “problems” you’re trying to solve are waking you up to only thing that’s ever, ever, ever in the way of what you’re wanting:

Thought that looks like something other than a fluid, creative, expression of life.

Instead of “I need to fix this stomach” and “I need to medicate this issue”, try “This heaviness is life reminding me to fall out of my head a bit.”

We’re thinking ourselves into corners that don’t actually exist outside of our thinking. I’ll take a warning that wakes me up to that silliness any day. 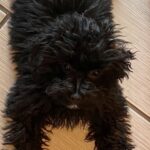 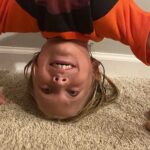 Outside of Your Head, Nothing is Happening 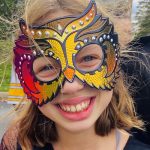