On Posted on December 28, 2021December 20, 2021 by dajassist to Awareness, The nature of thought, Your true nature

Since you were about eighteen months old, thought has been masquerading as you.

It began labeling and naming things and people, including a very special label called “me”. Anything felt to be arising around “your” particular bodymind became you and yours, me and mine. Sensations felt in the body were called “my feelings”. Thoughts in awareness were called “my thoughts” about “my life”.

Because the mind talks in first person rather than in third person, and it says “I” instead of “you”, we come to believe that voice is us.

Thought arises, feeling arises, and a narrator says “I think this”, “I feel that”. Without that “I” attached, there’s just thought and feeling arising, no “I” to whom it supposedly belongs.

The narrator in your head works so hard slapping those I’s and me’s to everything, predicting the future, making sense of the past. It really seems to think it’s running the place. But you don’t need to listen to it the way it says you do. It narrates life as life is already happening. The narrator isn’t doing anything necessary, but loves to sound like it is.

(Yes, this image is a bit random. But the mind thinking it’s running the show is a little like Jelly thinking she’s writing something profound).

***
The next LSBC course, beginning February 7th, will include entirely brand new content. Every lesson–which you get to keep for life–has been updated, including some new animations and updated guest teacher conversations.

You can get 33% off when you’re part of Student Access Plus, bringing the price down to just $333. As part of SA+, you also get a huge, growing library of digital courses to keep you busy over the holidays.

Enroll now at https://www.thelittleschoolofbigchange.com to get the best price of the year and to save your seat in the February 7th course. I would love to start 2022 with you! 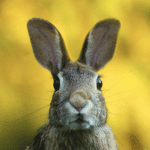 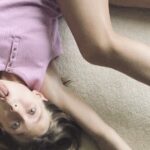 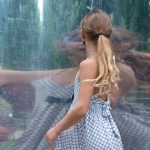 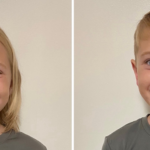 It Just Popped Into My Head
PreviousPrevious post:EP180: Your Nature is to Thrive with Joe Bailey
NextNext post:EP181: “Two years in this conversation has gotten me nowhere”. My response to a frustrated listener.

The Little School of Big Change is ALL NEW for 2022! LSBC is a program designed to help you overcome anxiety and unwanted habits without needing to rely on willpower or self-discipline. Class starts February 7th, 2022. Pre-enroll now and save $47!