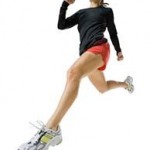 I feel something quite a bit. I call it bored, although I know that’s not really it.

Restless, maybe. But it feels worse than restless. Uncomfortable in my own skin. Like it’s dangerous or just really unpleasant to Be Me in that moment.

It’s a restlessness that makes me want to move, be busy, disassociate, numb. I feel it behind my eyes and my vision is unsteady. Heart rate increases, breath shallows. Mind races.

Bored is the label I give it because that label gives me an excuse to Do Something to avoid the feeling. When you’re bored, you find something to do.

Getting up and doing something is the exact opposite of how to best deal, though.

Pema Chodron says, “Never underestimate the inclination to bolt”. That’s it, exactly. I want to bolt, so I lie to myself and I say I’m bored. Then it would make sense to bolt.

But bolting is a band-aid and not a very good one. Bolting sends the message that yes, this feeling is too big for you, too uncomfortable. You can’t handle it, Amy, RUN!  Do what you can to not feel what its like to be you in this moment. Get away from yourself, numb, in any way you can.

Not cool, because then numbing becomes the new pattern. And the numbing takes on a life of its own and brings its own issues.

What’s that feeling about? I have my theories, but it doesn’t really matter. The way out is through. It’s a doorway. If I can sit with it, it loses its power.

Sitting. Fighting the inclination to bolt. Practicing what I preach. I tell my clients (and I sound like a broken record with this, I know), “Every emotion has a beginning, middle, and end. If you sit with it and feel it all the way through, it passes faster than you think. It can’t swallow you up or kill you. Feel it through to the end and the pressure stops building”.

I like to use the beach ball analogy. I over-use it, I’m sure. “It’s like holding a beach ball under water. You can do it for a while with sheer force, but as soon as you look away the ball flies up and slaps you in the face. Same with emotions. Just feel them as they come up, let the ball rise to the surface instead of trying to hold it down, and the ball floats away.”

Damn, that sounds annoying. Sorry, clients. I get that it can be harder than I make it sound. But I still think the message is right.

Sitting. Fighting the inclination to bolt. Practicing what I preach.