On Posted on May 15, 2014August 7, 2020 by Michael Cuenco to Awareness, Happiness and other emotion, Inside-out, Relationships, The nature of thought, Your true nature

How to Float (A Song I want to Share with You)

One day several months ago, a woman named Jen reached out to me to let me know how much she loved Being Human. 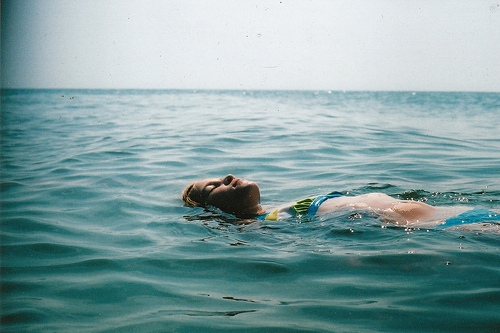 She heard something really profound in the ideas in that book (ideas that I take no ownership of, by the way. They are universal principles, not my unique thoughts). Jen heard something so profound that her life was dramatically different post-book, than pre-book.

What she described was music to my ears.

Without sharing too many private details, she told me how her life had undergone a “sustainable, beautiful change” where everything felt better, and that stumbling across these ideas was nothing short of the best thing that had ever happened to her.

That pretty much sums up how I feel about these principles too. Although Jen’s letter stood out, what she was saying is not rare or unusual.

And then, more music to my ears.

Turns out that our Jen is a super talented musician who wrote a song inspired by her sustainable, beautiful change. It’s called How to Float which–crazy as it seems– is actually a title I once considered for what became Being Human.

Take in the lyrics below. You’ll get a feel for how life looks to her now.

And you can listen to her perform the song here. If you like her style, there are links to some of her other songs there as well. I think her work is pretty great.

How to Float (by Jen Bloom)

Tell me something to release
all the pressure surrounding me

PreviousPrevious post:Doing Nothing as a Problem Solving “Strategy”
NextNext post:How even your Bad Habit and Addictions are Signs of your Mental Health