On Posted on July 24, 2014August 7, 2020 by Michael Cuenco to Awareness, Inside-out, Relationships, The nature of thought

If I’m so Resourceful, Why Can’t I Figure out How to Feel Better?

The people I work with are smarter than your average bear. They are resourceful, bright, successful people. 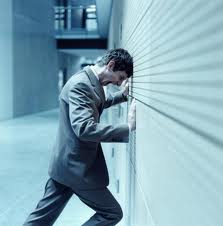 The other day, a man I find especially bright and resourceful (if I had a question about anything I’d ask this guy, knowing he could find the answer in a flash), told me he was looking for a way to avoid social situations where he is left feelingly badly.

He often felt blindsided by what other people did in relationships. He’d expect one thing from them and they’d give him something else. He was left feeling confused and vulnerable, wanting to protect himself from future hurt.

I can certainly understand that.

To protect himself, his solution was to avoid those situations. He wanted to know how he could either remind himself that people are not as nice as they seem, or remove himself completely from situations where he might feel a punch in the gut from someone else’s actions.

And I wondered…don’t you (Mr. Resourceful!) think that if there was a way to avoid those situations, you would have found it in 40-some years of trying?  If you, of all people, haven’t figured it out by now, maybe you’re barking up the wrong tree.

People do what they do and we will never, ever be able to accurately predict or avoid it.

And it truly does not matter.

The frustration of being blindsided or emotionally wrecked by what other people do is not solved by rearranging the outside world to better protect you. That’s impossible. Even trying will wear you down.

The frustration comes not from what other people do, but from a very simply and innocent misunderstanding.

The misunderstanding is the belief that we are unavoidably victims of our surroundings. That what they do has an immutable effect on us. That our best bet is to avoid people altogether, or  learn how to cope better with the emotional aftermath.

Understanding that the punch in the gut feeling we feel when they do what they do doesn’t have to be so bad. It is thought-created, as all feelings are, and it fades quite quickly when we don’t entertain thoughts that keep it alive.

Understanding that we don’t necessarily need to do anything about the pain we feel. Insightfully seeing it as thought in action and waiting for it to pass is more than enough. When we don’t tell stories about what it means, or jump into action trying to fix or avoid it, or prolong it with continued analysis, it ends.

Perhaps most of all, understanding that the fact that our experience is always inside-out, coming from our thinking only, does not mean we don’t feel hurt. The fact that we’re always feeling our thinking says absolutely nothing about how we ‘should’ or ‘shouldn’t feel. It’s an understanding only, not a directive to feel differently. The more we see how the human mind works, the more quickly we’re bounced back to a better-feeling place.

Notice when you feel compelled to rearrange the outside world. You are not inevitably harmed by anything that happens out there. When you see that, you can leave the world as it is and have faith that you will always recover from whatever is thrown at you.

PreviousPrevious post:My Interview on Psychology, Spirituality, Bad Moods, and Finding Your Way
NextNext post:The One Source of All Human Experience