On Posted on August 22, 2013August 7, 2020 by Michael Cuenco to Awareness, Inside-out, The nature of thought, Uncategorized, Your true nature

My second book is nearly done. I’m going to be totally honest without concern for how this sounds: I think it’s really good. I am super proud of this book in a way I never really was with Modern Enlightenment (which may have had more to do with post-pregnancy hormones than the 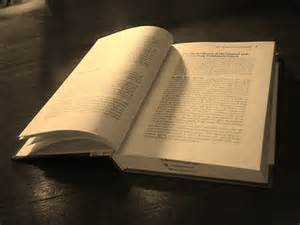 book itself, but that’s a story for another day).

I know it’s not going to lead to life altering insights for everyone who reads it. Nothing does. But I also know that it will for some people—it already has for some people—and that’s more than enough for me.

A couple weeks ago I asked y’all to vote on two titles I was considering. Confession time.

Confession # 1: I was already heavily leaning toward Being Human before I asked your opinion. I really just wanted you all to agree with me so that it would be a no-brainer and I could stop thinking about the title and move on to other things.

Confession # 2: A few hundred votes came in in the first 24 hours (thank you, seriously. I was beyond touched that so many of you reached out to help) and they were 2:1 in favor of The Art of Being Human. Yeah, the title I wanted you to criticize.

Yes, those are real comments and they represent the rule, not the exceptions.

While I totally value your opinion and it pains me to pass on what most of you are drawn to, I’m going with my gut for one really important reason.

The Really Important Reason: Although I suppose anything can be considered an art, Being Human is obviously completely effortless, natural, and what you are here for. It’s not something you do, practice, or create, it’s something that happens on your behalf whether you’re on board or not.

Being Human works best—meaning you enjoy the easy, peaceful, full-of-clarity, guided-by-wisdom life that is your birthright—when you do absolutely nothing to stand in the way. Because peace, ease, and clarity are your default state, doing more only makes things less natural.

Doing absolutely nothing will always take you closer to your true nature. Doing nothing is your way back home.

This is the entire point of my book.

I definitely could have made that point in a book titled The Art of Being Human, but I was concerned that starting off with “The Art of” would get your inner wheels turning when what I really want is to slow those wheels down.

There is no practice to Being Human. Unlike most arts, no special skills are needed. No training or apprenticeships. Being human doesn’t require work, tools, effort, time, or dedication.

Also unlike most arts, Being Human isn’t active, it’s passive. The more passive, the better the results.

So, that’s why I went with Being Human. It felt like a better fit in that way and I’m grateful that at least 33% of you preferred it. I hope the other 2/3 of you come to appreciate it too.

Thank you so much for your opinions and input. I really do value it and I hope you look forward to reading Being Human in a few months. I can’t wait to share it with you.

P.S. The subtitle is Essays on Thoughtmares, Bouncing Back, and Your True Nature, which is slightly revised from the option I shared, thanks to your input!